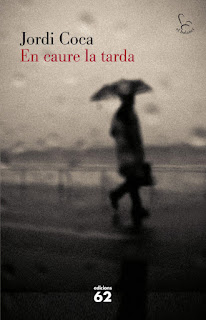 Who is Miquel Gironès, and what does he do on Earth? Unless the two foregoing questions raise a modicum of curiosity in you, read no more.

For Gironès, in terms that everyone understands almost immediately, is basically a loser. A sixty-odd-year-old, grossly overweight Catalan businessman, who is bored to death with both himself and the life he leads. Quite possibly, a Fascist, too.

Gironès has arrived home from yet another week of work. Barcelona has been drenched with rain for the last few hours, so his shoes, socks and trousers are soaked and changing into dry clothes has become such a drag for him, it almost makes you feel sorry for him.

Except that it does not. Not then, not ever. And what’s more, a perverse reader might even rejoice when Gironès finds he has left the car lights on and has to yet again walk in the blasted downpour to turn it off. Off you go, sodden sod!

Through over 200 pages Coca provides a detailed account of Mr Gironès’s remarkably mediocre life. The only son of a doctor and his unexceptional wife, Miquel never stood out either as a student or as a sportsman. He’s a man of his times: insecure, uneducated, full of racist and misogynistic prejudices, quickly approaching a likely painful death. As soon as he gets home, he turns on the tele. Rather than cooking himself a healthy dinner he prefers to drink a can of beer and try and deceive his stomach with a tiny tub of yoghurt.

The bulk of the narrative is made up of his interior monologues, his twisted thoughts on the past. And what sort of a past can such a mediocrity have? This is where En caure la tarda certainly gains traction. We learn that Gironès did have a wife, Ester, who kind of adored him at the beginning. However, things soon started changing. Gironès fancied Ester’s sister, Agnès, and she kind of obliged. Somehow his wife found out, they were arguing while driving somewhere and an accident happened. That was 30 years ago. Ester died at the scene. Agnès stayed around for a while until her conscience dictated she had to kick him out of her life.

For over thirty years Gironès has been living a lie, but he feels little remorse over this. If anything characterises him, it’s his laziness, his unwillingness to make any effort at all to change things for himself. Jordi Coca’s skilful depiction of Gironès renders him as a ridiculously pitiful, overindulgent and spineless wimp.
The novel alternates between first and third-person narration, which makes the story flow more smoothly than if a first-person only approach had been used. Even so, many ideas and episodes of Gironès’s life are repeated all too often, which slows down the minimum plot there is.

Many questions may nevertheless arise for a conscientious reader. Did Jordi Coca have in mind any actual person known to him when creating Miquel Gironès? How much of a Gironès does each of us have? And since it is out of the question for us readers to feel pity for him, should we really recommend En caure la tarda?

While I cannot answer the first two, I would not hesitate to mention Jordi Coca’s book to anyone who enjoys serious literature and can keep a safe, sane distance between themselves and the protagonists of fiction.
Creado por J.Salavert el 12/28/2017 08:03:00 a. m. No hay comentarios: Links to this post 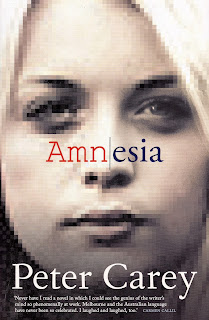 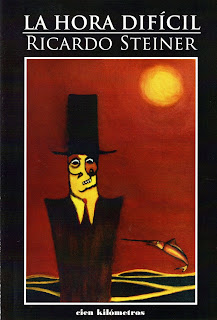 Reseña: The Butt, de Will Self 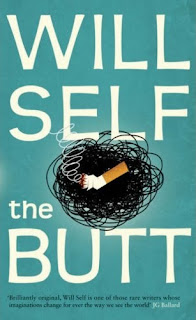